“Wash your hands, doctor.” This is nothing new and applies to all of us. In every hospital and some other public buildings, there are hand sanitizers installed, where we can disinfect our hands. I remember seeing the doctor do that before he went into the delivery room to help my wife have her second baby. I can still picture him standing in front of a sink with a water pipe coming out of the wall, no tap on it, but a pedal on the floor on which he stepped, and the water began running. In other words, he not only washed his hands but also did this in “running water.” Now look at this, Moses wrote 3500 years ago, “And when he who has a discharge is cleansed of his discharge, then he shall count for himself seven days for his cleansing, wash his clothes, and bathe his body in running water; then he shall be clean.” Leviticus 15:13. He not only had to wash but also do that in “running” (fresh) water, AMAZING.
You may have heard of Dr. Ignaz Semmelweis, (1818-65), a Hungarian physician whose work demonstrated that hand-washing could drastically reduce the number of women dying after childbirth. This work took place in the 1840s, while he was Director of the maternity clinic at the Vienna General Hospital in Austria. Described as the” Saviour of mothers”, Semmelweis discovered that the incidence of puerperal fever (also known as “child-bed fever”) could be drastically cut using hand disinfection in obstetrical clinics. Puerperal fever was common in mid-19th-century hospitals and often fatal. Of course, now we know why it is so important to wash one’s hands. All of us have probably seen on TV how doctors wash their hands before going into the operation room. In the Bible book Leviticus, the words wash, washed and washing occur 44 times. Interesting. Karl Sudhoff, professor of medical history, writes about his deep appreciation for the practical laws in the Bible: “Chapters 13 and 14 of Leviticus are weighty official documents that deserve to be written in letters of gold, as they form the germ of the modern prophylaxis (protection) against contagious diseases.” (K. Sudhoff, Essays in the History of Medicine, Medical Life Press, New York, 1926, page 146.) Who says, the Bible is an old-fashioned book, it is very up to date and reveals things that we have only discovered the last couple of hundred years. ABSOLUTELY AMAZING. Praise God.

For my praying friends. I saw a cardiologist in London yesterday, Friday, and he gave me the green light for my hip surgery. I was afraid that my aorta aneurysm might be too dangerously large, but he assured me that there is no problem and I am safe. The surgery on my hip, the third one, is scheduled for Tuesday, Feb.26, my wife’s birthday. So, she will have a party here at home and I will have my “party” in the operating room in the hospital, how nice!

Please pray that the specialist shall be able to fix the hip now once for all. Thank you.

THE BIBLE AND MEDICAL SCIENCE. (2)

The last time I wrote about Moses’ instructions, written 3,500 years ago, regarding quarantine and toilets, and how these helped stop the Black Death, or the Plague in Europe during the Middle Ages. In other words, the Bible was 3,500 years ahead of modern science, AMAZING. But that’s not all, listen to what else Moses wrote, for example in Genesis 17:12, where God says to Abraham, “He who is eight days old among you shall be circumcised, every male child in your generations.” This circumcision was so important that even when the 8th day would be on a Sabbath, the boy still had to be circumcised. Why the emphasis on the 8th day? Modern science has discovered that babies during the first few days have very little prothrombin, and vitamin K is almost completely absent, these are the very important blood clotting elements. The prothrombin present in the first few days is a leftover from the mother and by the third days has gone down to 30% of normal. But then from the third day on the amount of pro-thrombin shoots up to 110 % on the 8th day, after which it goes down to 100% where it stays the rest of its life. Prothrombin needs vitamin K to be effective. In other words, on the 8th day, the baby has more prothrombin than at any other time in its life, so that the 8th day is the safest day and bleeding will be stopped much sooner. AMAZING. Where did Moses get this? Some might say, from the Egyptians, as he was brought up in the royal courts of Egypt. It is true that their anatomical knowledge was amazing but the cause of an illness and the treatment of it was completely unknown. The oddest and most repulsive drugs were recommended, for example, cat poo, the intestines of a goose, the eyes of a pig and other strange things. How to heal an open wound? Allow the wound to mature by applying cow fat or meat. Thereafter, human feces ground in brewer’s yeast, oil, and honey, and apply this as a paste. (C.P. Bryan: Ancient Egyptian Medicine. The Papyrus Ebers, Ares Publishers, Chicago, IL. 1930, page 73)

How different Moses’ instructions. Absolutely AMAZING. Where did he get it? I believe there is only one reasonable answer, he received it from God Almighty, who is the only one who knew this. Praise God. 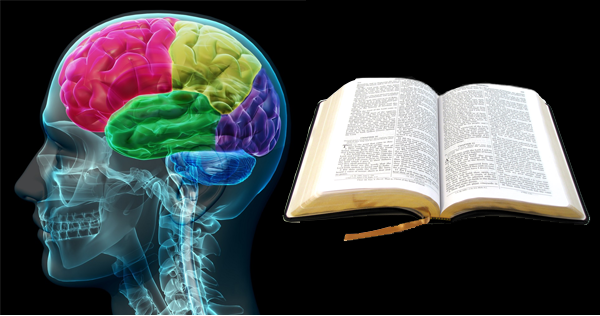 THE BIBLE AND MEDICAL SCIENCE. (1)

A few weeks ago, one of our daughters feeling very ill went to a hospital in Belgium where she was put in quarantine after telling a nurse that a doctor had told her that she had the Clostridium difficile bacteria, also called C. difficile, which is quite contagious. After three days, when they found that she did not have this, she was released from the hospital. I had to smile when I heard about the quarantine, not because of her being so ill, of course, but because Moses 3,500 years ago already put people in quarantine. When talking about a person with leprosy, which is also contagious, he writes in Leviticus 13:46, “He shall be unclean. All the days he has the sore he shall be unclean. He is unclean, and he shall dwell alone; his dwelling shall be outside the camp.” AMAZING. “Alone, outside the camp,” means isolated, in quarantine. That practice of isolating sick people helped save Europa in the middle ages. From 1346 until 1353 the Plague or Black Death killed at least 1/4 to 1/3 of Europeans, millions of them. It took Europe 200 years to get back to the same population level as before the Plague. “A historical turning point, as well as a vast human tragedy, the Black Death of 1346-53 is unparalleled in human history,” says Ole J Benedictow at History Today. Quarantine was unknown, except among the Jews, where there were few deaths. The second thing that helped stop the Plague was following Moses instructions in Deut.23:12-13, “Also you shall have a place outside the camp, where you may go out; and you shall have an implement among your equipment, and when you sit down outside, you shall dig with it and turn and cover your refuse.” In the middle ages people had no toilets, they relieved themselves everywhere, on the street, behind their houses, along the road etc. Or they had pails in the house which they used and then emptied it outside on the street. One can well imagine what the smell was in the cities and towns. The rats moved through this, the insects sat on it, the water was polluted, and people became sick. And because the healthy people lived with the sick, the disease spread rapidly. Again, this was not so in Jewish communities and this was noticed, resulting in the Jews being blamed for the spread of the disease and a terrible persecution of the Jews resulted. However, when the instructions of Moses written 3,500 years ago were put into practice, the Plaque slowly came to an end. AMAZING. How did Moses know these things? (To be continued).